The specialities from Biella 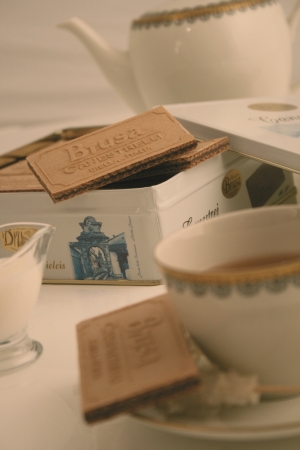 Two crunchy wafers sandwiching a dark chocolate filling: the Canestrej Bieleis is probably the biscuit that best represents our territory, and its origins date back to ancient times. Brusa Canestrelli, still made according to the traditional artisan recipe, are composed of 70% extra-fine, extra-dark chocolate, sandwiched between two crispy wafers, flavoured with cocoa and almond oil. The chocolate used for the filling is of the finest quality and contains no vegetable fats: only cocoa butter.

The recipe for Canestrej Bieleis dates back as far as the biblical era and the story goes that the rustic wafers used in the product, known as miasce, were a firm favourite with the Ancient Romans. In the ancient recipe for the wafers, white flour was blended with fioretto (a very finely-sifted corn flour), sugar, soft butter and the grated rind of a lemon. The baker would incorporate milk and obtain a rather firm mixture which he would bake between two slabs of red-hot stone. Later, steel plates were used, and the noble families would engrave their family coats of arms on these to personalise their canestrej.

Canestrej Bieleis are mentioned in the manuscript “Notice sur l’arrondissement de Biella, departement de la Sesia” dated 1805, held at the royal library in Turin, in which they are described as a typical product of Biella. Today they are classed as one of the Traditional Piedmontese Agrofood Products (PATs), protected by the Piedmont region.

The breadstick, all the goodness of Piedmont

The ghersìn, or little ghersa (a small stick of bread): a crunchy, all-Piedmontese delicacy that takes its name from the long loaves of bread once consumed in the Turin area, known as ghersa. The origins of the breadstick are both noble and rather interesting: indeed, legend has it that young Vittorio Amedeo of Savoy, the future king of Italy, was known to have had a poor appetite since birth and that his growth was stunted because he was unable to digest bread crusts. And so Antonio Brunero, the court baker, had the idea of taking bread dough, rolling it out into long sticks and baking it until it dried out and became crunchy. This over-baked bread was lightweight and easy to digest. Not only did it help Vittorio Amedeo to grow but it was also such a success that it became a staple in the diet of the members of the House of Savoy and also rapidly gained popularity throughout the rest of the region. Even Napoleon was unable to resist the “petites batons de Turin”, to such an extent that he ordered them to be delivered to him fresh from the capital of Piedmont, receiving daily deliveries by express courier. 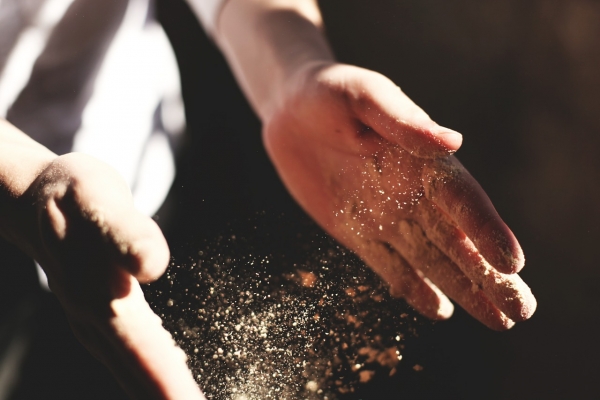 Since 1974, Brusa has been upholding the tradition of the Piedmontese breadstick, one of the specialities of its range. Prepared every day with simple, authentic ingredients and enriched with Mediterranean spices and ingredients such as olives, chili pepper, onion, sesame, rosemary, walnuts and extra virgin olive oil, Brusa breadsticks are ideal for accompanying meals or an aperitif, or when consumed as a tasty snack. There are many different recipes and varieties available: from Piedmontese Breadsticks, made according to the ancient traditional recipe, to Artisan Breadsticks, hand-rolled after a slow leavening process that makes them exquisitely crisp, light and tasty. Instead, if you need a quick snack when on-the-go, you might choose the tasty Short Breadsticks, in a shorter, handier shape. Not to mention the classic Turin-style Restaurant Breadsticks, thin and crunchy, available both loose and in single serve packs, ideal for the tables of hotels and restaurants.